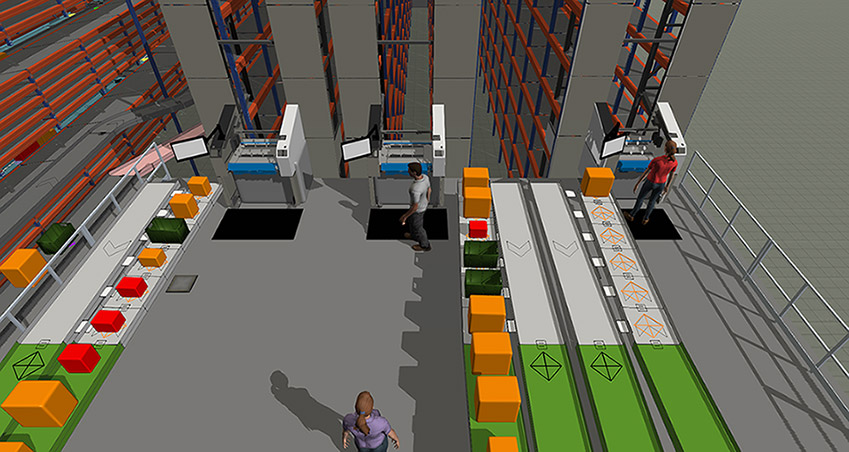 They also had to discover a way to replicate the logic of their own Warehouse Execution Software (WES), EXACTAw FlexSim. The WES is the “brain” of the system, sequencing and regulating the release and flow of orders into the facility. FlexSim’s Process Flow tool was used to replicate the WES logic—Bastian Solutions created an algorithm using Process Flow activity blocks to evaluate the system’s capacity against the orders sitting in the pool, and then release the orders in a way that keeps the system balanced. This algorithm is advanced enough to consider order priority and system constraints as it releases and routes containers throughout the facility. It’s also simple to read and follow the algorithm as it works, a feature of Process Flow’s centralized and easy-to-digest logic building.

Bastian Solutions was also able to successfully manage communication between the logic created using Process Flow and the 3D space. The 3D component of the model is critical for dimensioning the facility and its conveyors and also to visually validate what’s going on. Bastian Solutions made extensive use of FlexSim’s “Wait for Event” functionality, which they cited as a potężny framework for communication and data transfer between the model’s logic and its 3D presentation.