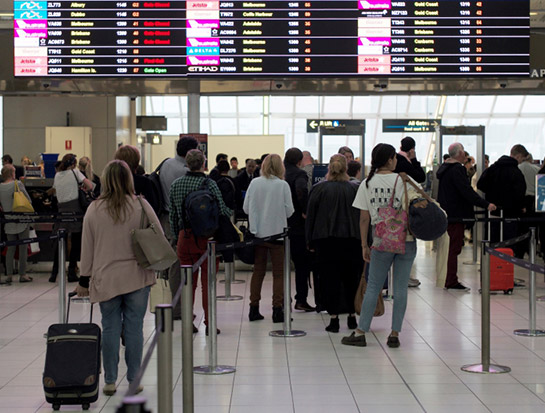 Wenn das Transportsicherheitsverwaltung (TSA) launched their TSA PreCheck program, they anticipated that upwards of 50% or more airline passengers would eventually participate. Since security lines must accommodate several passenger types, including passengers with disabilities (PWD) and employee/flight crew, the TSA wanted solutions for an optimal line configuration that will incorporate the new TSA PreCheck process efficiently.

Ready to improve your airport? Testen Sie FlexSim free today to see how simulation can help!