FlexSim now supports the OPC UA protocol for PLC connections through our Emulation module. This now brings FlexSim up to six supported protocols, including OPC DA and Modbus.

We’ve vastly improved our lightning capabilities for even more visually impressive models. The new Light objects in the 3D Library can be arranged in your model to create vibrant environments.

FlexSim can now export statistics collectors and calculated tables for further analysis of the data in Excel. Users can also create sheets when doing an Excel export.

The new boy and girl shapes can be used to add more visual accuracy when representing children in your healthcare or people flow models. We’ve also added two new locations, a Kiosk and an Observation Room.

Sort/Filter By in Resources

We’ve added new options to Ordenar por y Filtrar por when using people-based resources. Would you like to use the least utilized nurse for a specific task, or maybe find the closest available doctor? These features make it easy to acquire the right resource for the task at hand. 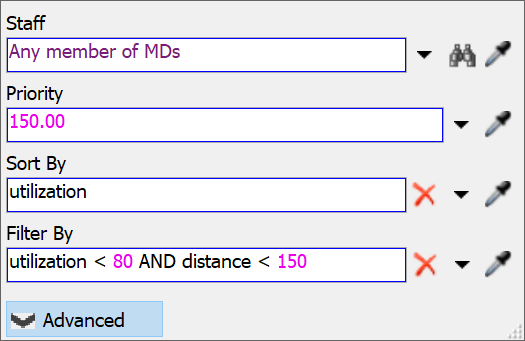